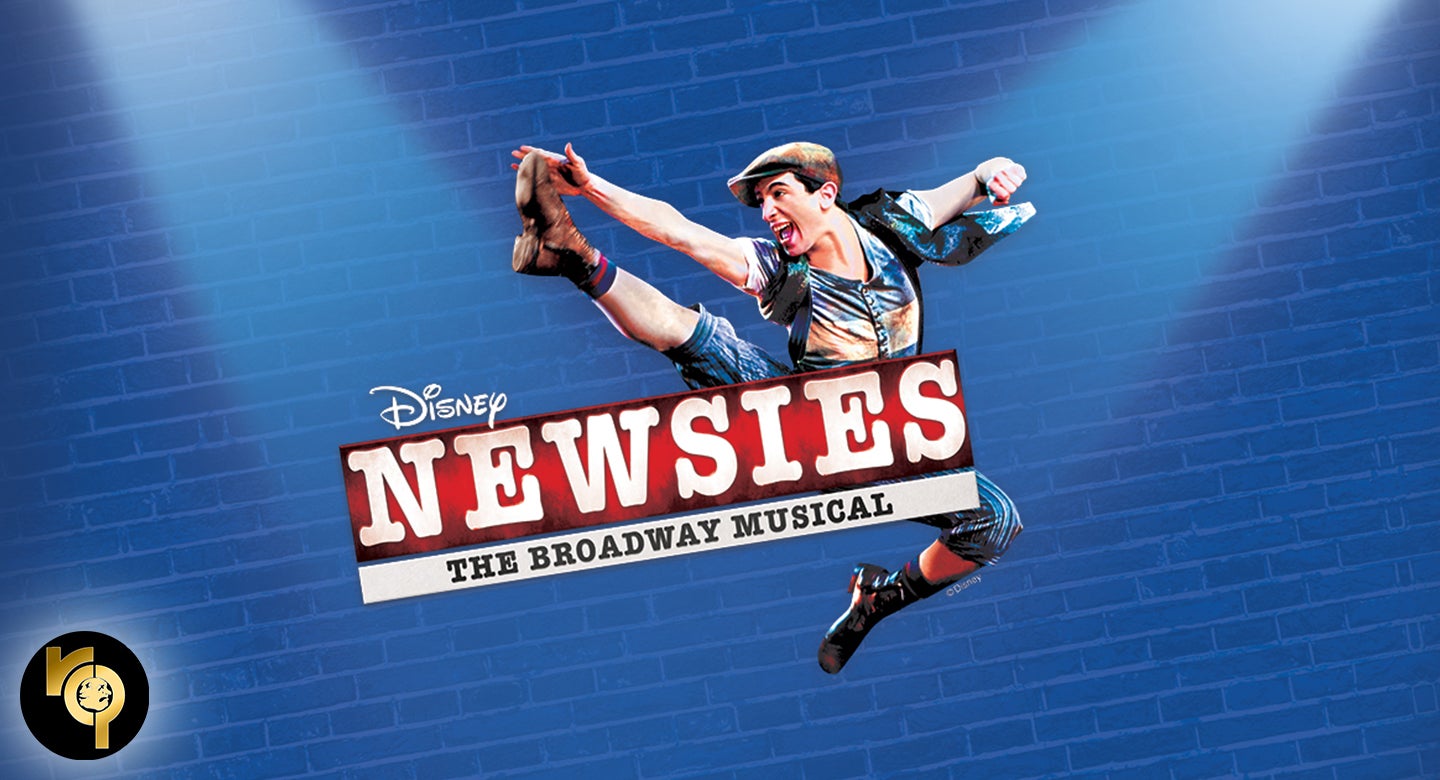 Disney's Newsies is a production of Reston Community Players' Apprentice Program, a unique program that combines RCP’s high-quality theatrical productions with a focus on student education as we feature local youth aged 13-18 both onstage and behind the scenes.

Based on the 1992 motion picture and inspired by the true story of the Newsboy Strike of 1899, Disney’s Newsies tells the story of Jack Kelly, a charismatic newsboy who dreams of a better life. After publishing giant Joseph Pulitzer raises newspaper prices at the newsboys’ expense, Jack rallies a ragged band of newsies from across the city to strike against the unfair conditions and fight for what’s right. Packed with infectious energy and non-stop thrills, this Broadway smash hit is a testament to the power of youth and the importance of standing up and speaking out - a perfect show for the whole family!

Reston Community Players requires that everyone seated inside the theater wear a mask during the performance. Masks are not required in other parts of the facility. Everyone entering Capital One Hall should complete a health self-check. We remind our patrons while attending Reston Community Players productions this season, to please remain socially distanced while approaching the theater doors and allow extra time to be seated.

Due to Covid related complications, the Holiday Misfits show scheduled for December 8th at Capital One Hall has been cancelled. Refunds are available at point of purchase.
On March 31, Rumours, The Ultimate Fleetwood Mac Tribute Show, is coming to Tysons to pay tribute to the great #FleetwoodMac 🎶 Tickets go on sale this Wednesday, Dec. 7 at 10AM 🎟 We are extremely saddened by the recent passing of Christine McVie and look forward to celebrating the life and legendary music she created with Fleetwood Mac at this performance.
#Blippi is coming to Tysons, VA on June 17, 2023 for the ultimate curiosity adventure in Blippi: The Wonderful World Tour 🚛🌈 Dance, sing, and learn with Blippi and special guest Meekah as they discover what makes different cities unique and special! Tickets go on sale this Friday, Dec. 2 at 10AM but you can get early access by subscribing to our newsletter!
Some things are just (orna)meant to be 🎄❄️ Capital One Hall is feeling festive as we come up on the most wonderful time of the year! Head to the link in our bio to snag tickets to one of our many holiday shows coming this season 🎟🙌
What a show 👏 We had a great time hosting #TootsieMusical at Capital One Hall all weekend long & thank you to everyone who came out to see it! So, now #WhaddyaDo? 😉 Check out the rest of our 2022-2023 Broadway in Tysons series at the link in our bio!
The reviews are in ⭐️⭐️⭐️⭐️ and #TootsieMusical is "musical comedy heaven"! Opening Night was last night and you still have 4️⃣ more chances to see this laugh-out-loud love letter to the theater at @CapitalOneHall this weekend! Head to the link in our bio to get your tickets 25% off with code THANKS 🎟
It's Opening Day of #TootsieMusical at @CapitalOneHall 🎭💋 and to celebrate, we're having a Tootsie Takeover! Matt Kurzyniec (@mattk313) from the cast is taking over our Instagram story today bringing you a day in his life 👀 Stay tuned with us all day to check it out + tickets are still available at the link in our bio (get 25% off with code THANKS)!
That full house feeling 💙 #CapitalOneHall
Tickets for 3️⃣ newly announced shows coming to #CapitalOneHall are on sale NOW 🎟 Head to the link in our bio to get your tickets to #SharafatParwani, #BoredTeachers and #TheWashingtonBallet 🙌
When the sun goes down, our lights go up 💡 what show will you be here for?!
#Tootsie, the laugh out loud live letter to theater, is coming to @capitalonehall from Nov. 25-27 and @mattk313 from the cast has a special message for Tysons, VA 👋💬 Head to the link in our bio to get your tickets 🎟 + check out the Opening Act pre-show dining experience!
This Friday, 11/18, laugh with internationally-known comedian Derrick Tennant at the @helpingchildrenworldwide evening of comedy and inspiration. $18 Tickets @ Link In Bio #CapitalOneHall #Comedy #standupcomedy #Tysons #DC #NOVA
JUST ANNOUNCED ✏️🍎 The biggest entertainment platform for teachers in the world, #BoredTeachers, presents the funniest teacher-comedians in the world all on one stage and they're coming to Capital One Hall on April 1, 2023! Sign up for our newsletter to receive our venue pre-sale code for tomorrow 👀 general on-sale begins on Friday at 10A!
JUST ANNOUNCED 🚨 we're thrilled to have #SharafatParwani coming to Capital One Hall on Dec. 16! Tickets go on sale this Friday, Nov. 18 at 10A 🎟