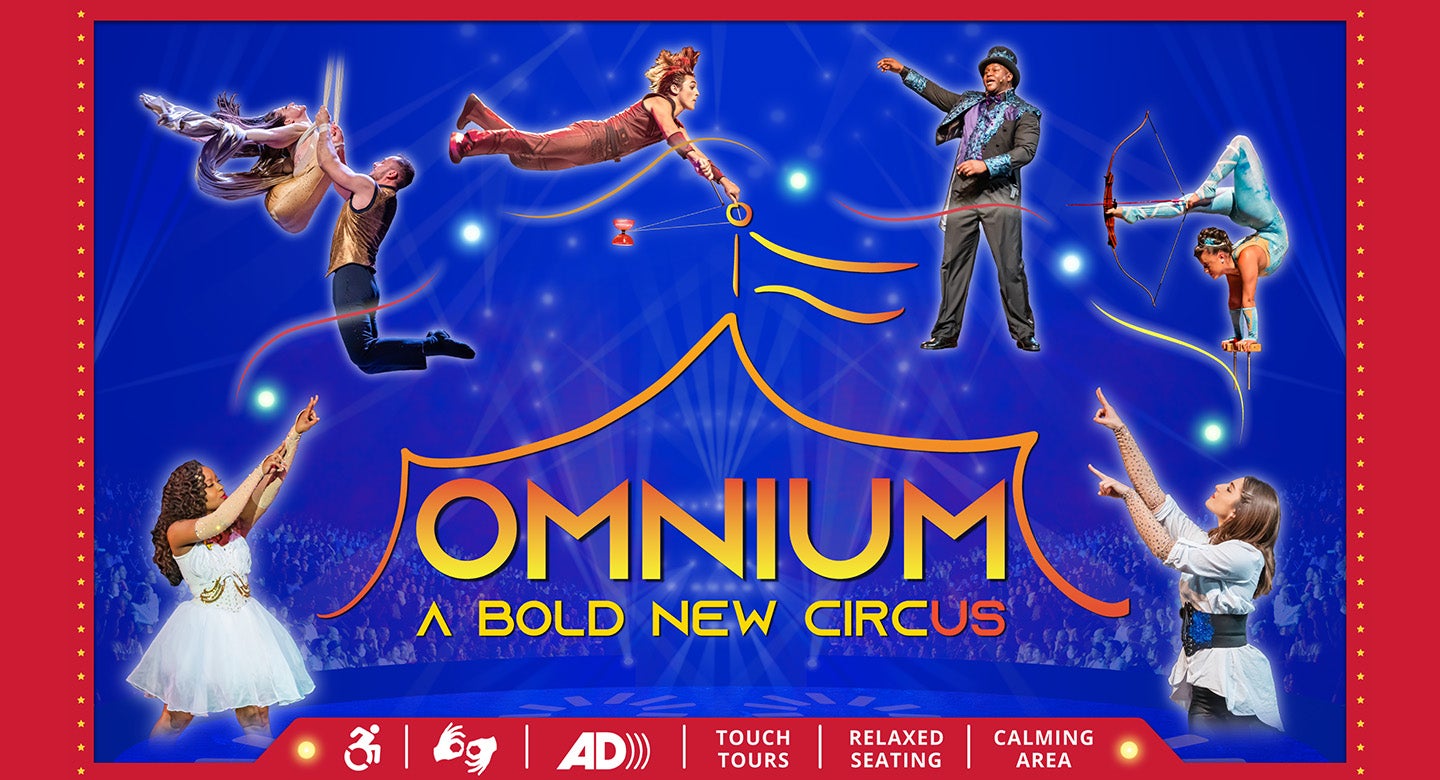 Omnium Circus is spectacular entertainment celebrating diversity, creating joy, and enriching empathy. They have created a fully accessible, multi-sensory experience both virtually and live so all can experience the wonder of the Circus. Omnium Circus is leading the way towards an active, inclusive culture as a force of change, pioneering an accessible circus experience for all while ensuring representation of disabled and BIPOC artists on a world class stage.

Two dancers holding silk fans move across the stage, the motion evident in the blue and white silk of the fans. Big letters glowing cyan at the back of the stage spell “OMNIUM”, although both the “O” & “M” are cut off in the picture.

Miss Jane sits on Rob’s shoulders, who is an Asian-American man walking on stilts that are mostly covered by bright golden pants

Vivien soars over the stage with her body flipped upside down as she hangs in a hoop, her legs and arms both extended outwards as she’s bathed in golden light. On the stage, big letters glowing blue spell out “Omnium”.

Elan is inside a big metal hoop called a Cyr Wheel as he spins, gripping onto it with his hands with his feet pressed against it. He is clearly in motion with the motion visible in his hair as his body is almost upside down in the wheel. Red light illuminates the stage and the big letters “O” & “M’ glowing light blue are visible in the back.

Ringmaster Johnathan Lee Iverson and Poet Anna Gichan stand in front of a blue curtain. Anna is speaking in American Sign Language, translating what the Ringmaster is saying, her hands raised above her head with both hands forming a linguistic shape.

A wide panoramic view showing the audience giving a standing ovation while the diverse cast of Omnium Circus is on stage at the end of the performance. 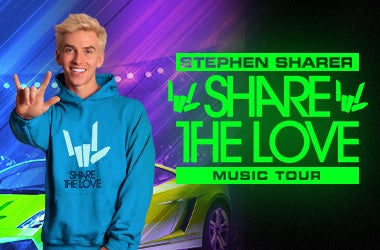