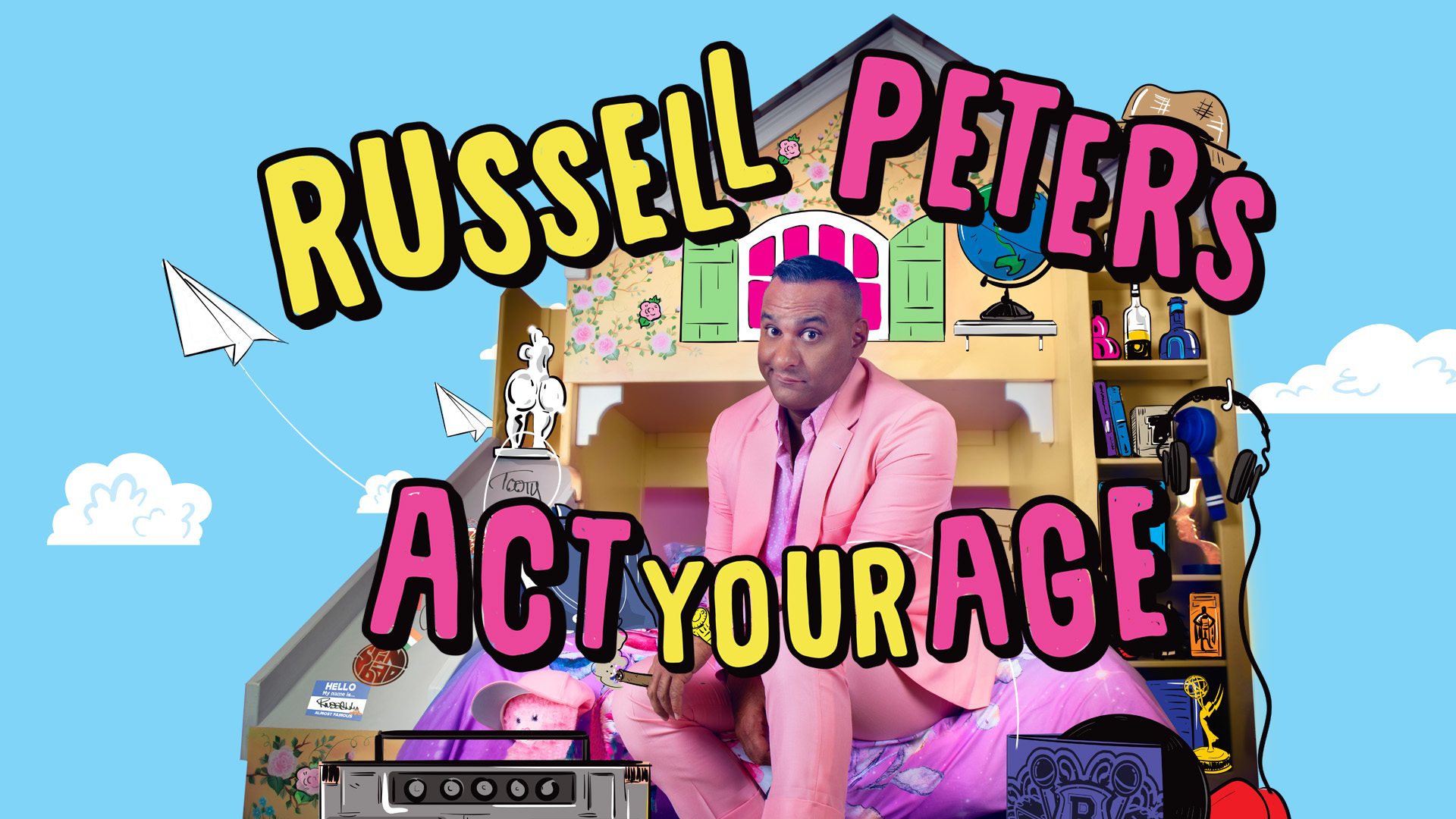 Russell Peters returns to the global stage with an all new world tour. The first phase of The Russell Peters Act Your Age World Tour starts in January, 2022 with shows across the US and the UK. After building his new act in clubs across the United States over the past year, Russell is back with his hilarious take on cancel culture, aging and the current state of the world. “I was supposed to start this tour in 2020, but then, I’m not sure if you guys heard, but something happened…”, says Peters.

Only a handful of today’s artists can claim their success began with YouTube. Even less, if any, have been named alongside such luminaries as Richard Pryor, George Carlin, and Eddie Murphy in "Rolling Stone’s" recently released list of the 50 Best Comics of All Time. In comedian Russell Peters’ case, “success” may be a drastic understatement.

Russell Peters started doing stand up at the age of 19 at open mics in his native Toronto in 1989. He spent the next 15 years honing his craft at clubs across Canada and the UK. In 2004, Peters gained critical and global recognition for his CTV “Comedy Now!” special, which wound up on YouTube. That upload launched a new level of fame and unforeseen success. It also led to larger and larger shows, not only in arenas in his native Canada, where he became the first comedian to sell-out Toronto’s Air Canada Centre in 2007 (as of today, six times and over 100,000 people), but to arenas in the United States, the UK, Australia, South Africa, the Middle East, Eastern Europe, and Asia.

Demetri Martin: I Feel Funny Tour
The Intense Tour
Kanan Gill: Is This It
Capital One Hall Newsletter
Stay up to date with the latest news and events at Capital One Hall.
Sign Up Today