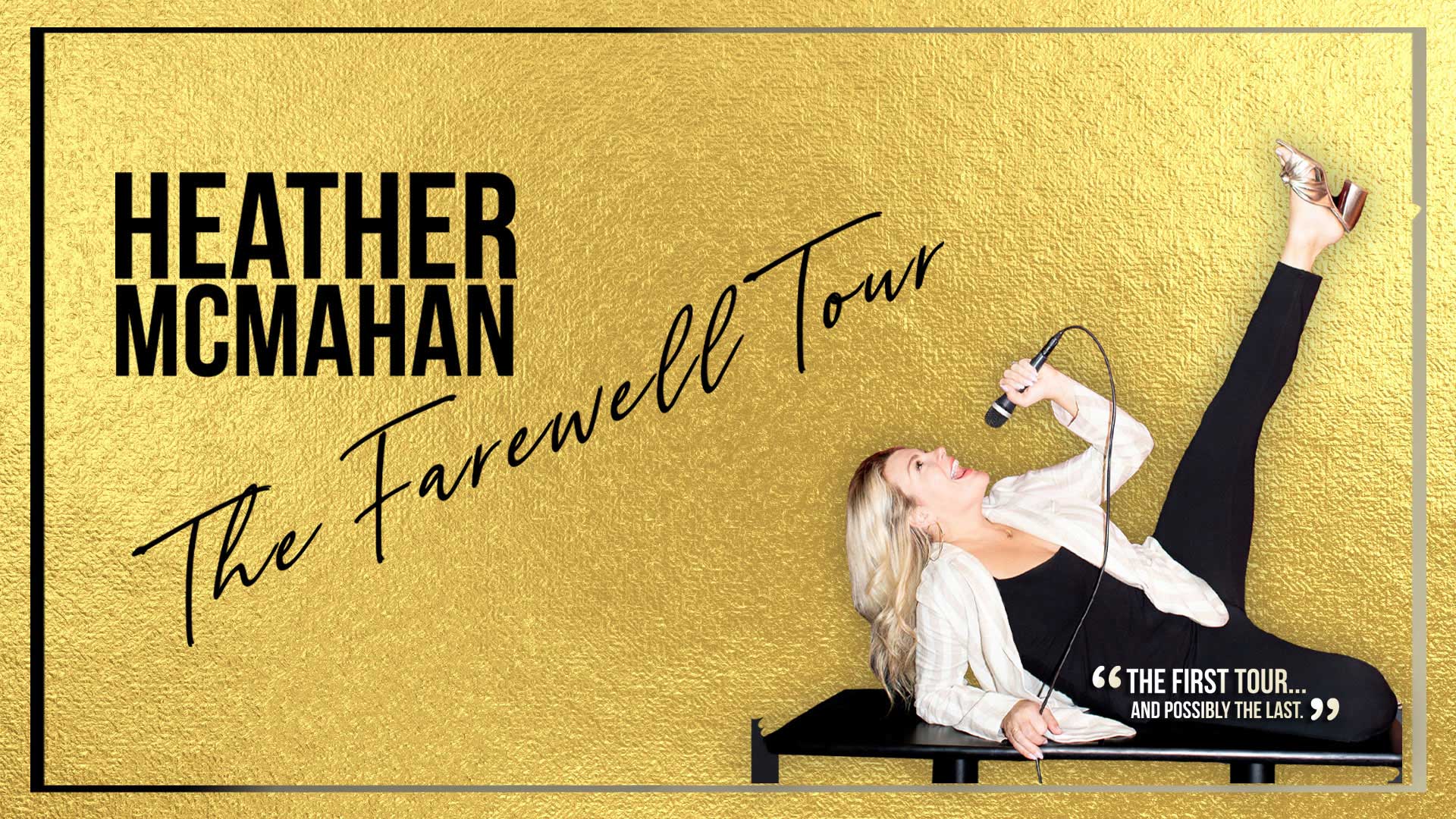 Put the phones down! Your favorite high functioning hot mess, comedian Heather McMahan is coming to a city near you. She’s live, liberated and lubed up. Doing the most and the least at the same damn time. Heather McMahan’s Farewell Tour…Her First, and Possibly the LAST!

If you don’t know who Heather is already, don’t worry you will. A beloved Instagram storyteller & the best friend everyone wants, Heather’s 2019 saw her fandom skyrocket with fans and the industry falling for her voice, her wit and her southern flair. Her audience on the platform has an average rate of engagement 4.4x higher than the average influencer on the platform and her growth has been explosive, doubling her following in just three months.

Last summer Heather debuted her podcast, ABSOLUTELY NOT WITH HEATHER MCMAHAN which leapt into the top ten on iTunes on the day of the release.

Heather has co-hosted the fourth hour of THE TODAY SHOW—once with Jenna Bush Hager and twice with Hoda—and has an open door to return. She previously hosted E!’s DAILY POP.

Heather studied at UCB in Los Angeles and as a performing arts major at Ole Miss.

John Crist: Fresh Cuts Tour
Taylor Tomlinson: Deal With It Tour
Little Big Town - Nightfall
Capital One Hall Newsletter
Stay up to date with the latest news and events at Capital One Hall.
Sign Up Today