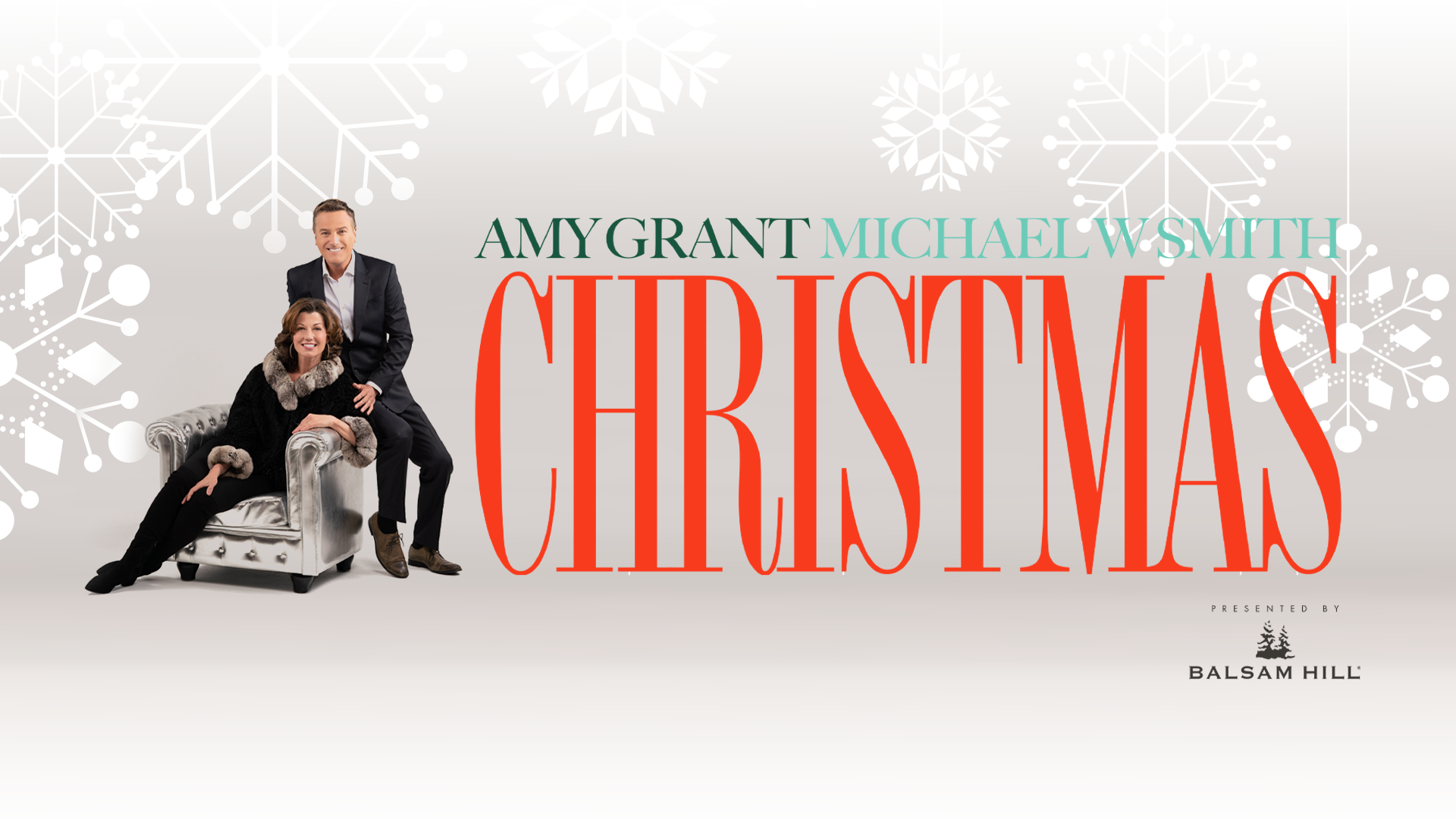 Ring in the holidays with Amy Grant and Michael W. Smith! The GRAMMY® winning Christian artists are back on tour with all your favorite songs from their vast collection of critically-acclaimed Christmas albums. Together, they’ll make your heart soar and lift you into the spirit of the season.

Ever since Amy Grant burst on the scene as a fresh-faced teenager bringing contemporary Christian music to the forefront of American culture, the Nashville native gained a reputation for creating potent songs that examined life’s complexities with an open heart and keen eye. She became the first artist in Christian music to have a platinum record and went on to become a crossover sensation, her musical gifts transcending genre boundaries to make her a household name. Amy is as well known for her philanthropy as her music. She and husband, Vince Gill, are tireless in their efforts to aid worthy causes.

Multi-platinum artist Michael W. Smith has written and recorded music spanning gospel, worship, inspirational pop, contemporary Christian and mainstream. He performs around the world to sold-out crowds of loyal and inspired fans. During his storied career, he’s not only been honored with three GRAMMY® Awards, 45 Dove Awards, an American Music Award and has sold more than 15 million albums, he’s also given back to the global community through a variety of philanthropic efforts.

The Blessing Tour: Kari Jobe with Cody Carnes
A Charlie Brown Christmas Live On Stage
Clint Black featuring Lisa Hartman Black: Mostly Hits and The Mrs.
Capital One Hall Newsletter
Stay up to date with the latest news and events at Capital One Hall.
Sign Up Today